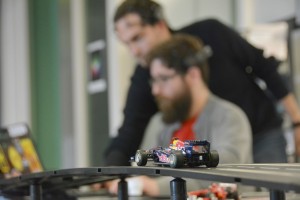 Analyze the electrical input and output given by the Scalextric. That’s important because we’re not sure if the pad was only a Resistance (it was) and the rails polarity must be known. With that in mind, the solution given was to join the input of the track with the rails, in a way that the given power will go directly into the car.

Then we designed an electrical circuit that gives the power controlled by a “pulse train”. This way, when more high state is applied, more power is given to the track. As the Analogic output for Arduino gives exactly that (it’s not a real analog output, it gives a pulse train with high-low states), it’s perfect for this project. 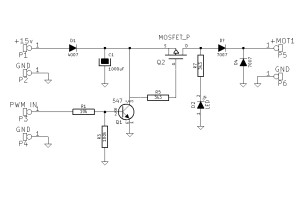 With the prototype tested, we designed an integrated peripheral to do that job for Arduino, and tested in “the garage”, it works really well.

Install Processing (www.processing.org/) and Arduino (http://arduino.cc/) programming environment. In addition, some extra libraries for processing are needed, “arduino.cc for processing” (http://playground.arduino.cc/Interfacing/Processing) and “OscP5” (http://www.sojamo.de/libraries/oscP5/). The default folder for libraries in processing is $/Users/{YOUR USER}/Documents/Processing/Libraries/.

Now the EEG actions must be trained with the EmotivControlPannel API. To move the car we used the PUSH action. Then to communicate the PC with Processing we used the “Mind Your OSCs” application (you can find it at the Emotiv market for free), and to communicate Processing with the Arduino, the uploaded program at it must be a Standard Firmata (you can found it in the Arduino IDE example projects, no coding abilities needed) so the Hardware enters in a “slave mode” for the PC. 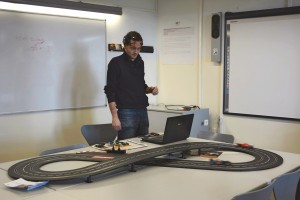 Me mapping the Signals 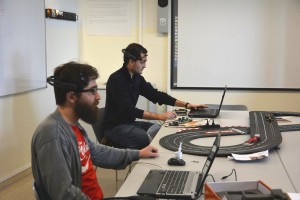